Disabling the WiFi Link on a Sonos Music Player 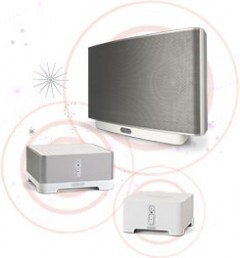 All Sonos players attempt to establish a peer-to-peer wireless mesh network known as SonosNet as soon as they are powered up. While this is convenient, there are several situations in which turning off this WiFi connection makes sense:

It is possible to switch on or off the wireless adapter of each Sonos player individually. Here's how in 3 simple steps.

Step 1: Finding the IP address of the device

From the Sonos controller, click on the "about my sonos system" menu. You should see something like this:

If you feel more technically inclined, you can also retrieve the IP address from your DHCP server. Sonos registers its players under the "SonosZP" client ID.

Step 2: Checking the status of the Wifi link

Sonos provides a little known on the port 1400 of their players that you can access from any web browser at the following URL: 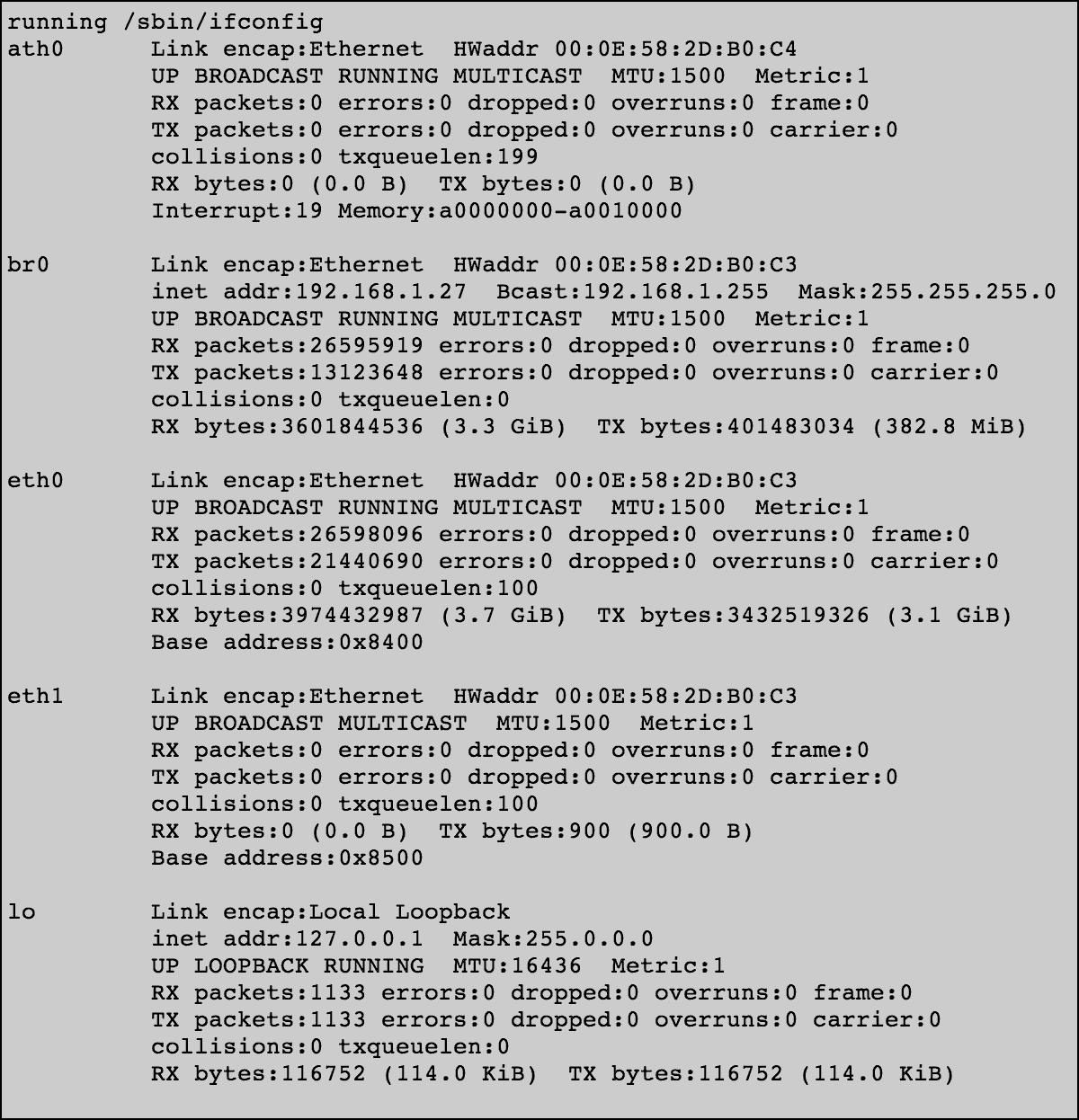 The entrie labeled 'eth0' and 'eth1' correspond to the 2 wired ports. The 'lo' and 'br0' interfaces are virtual networking devices used internally by the Linux kernel. The entry we're interested in is labeled 'ath0', which stands for Atheros device 0. Atheros is the manufacturer of the embedded WiFi chip.

To disable the WiFi link start by issuing the following HTTP request:

You should get the following answer:

You can also check that the link has indeed been disabled by going back to the status page. The 'ath0' entry should not be present anymore. The setting is not persistent, so if you happen to be unable to connect to your player after disabling the WiFi you can undo the change by power cycling the player.

If you want to disable the WiFi link for good, simply issue the following http request:

The change will now be preserved even after an upgrade. If you ever need to connect the player wirelessly in the future you can turn the WiFi back on as follow: